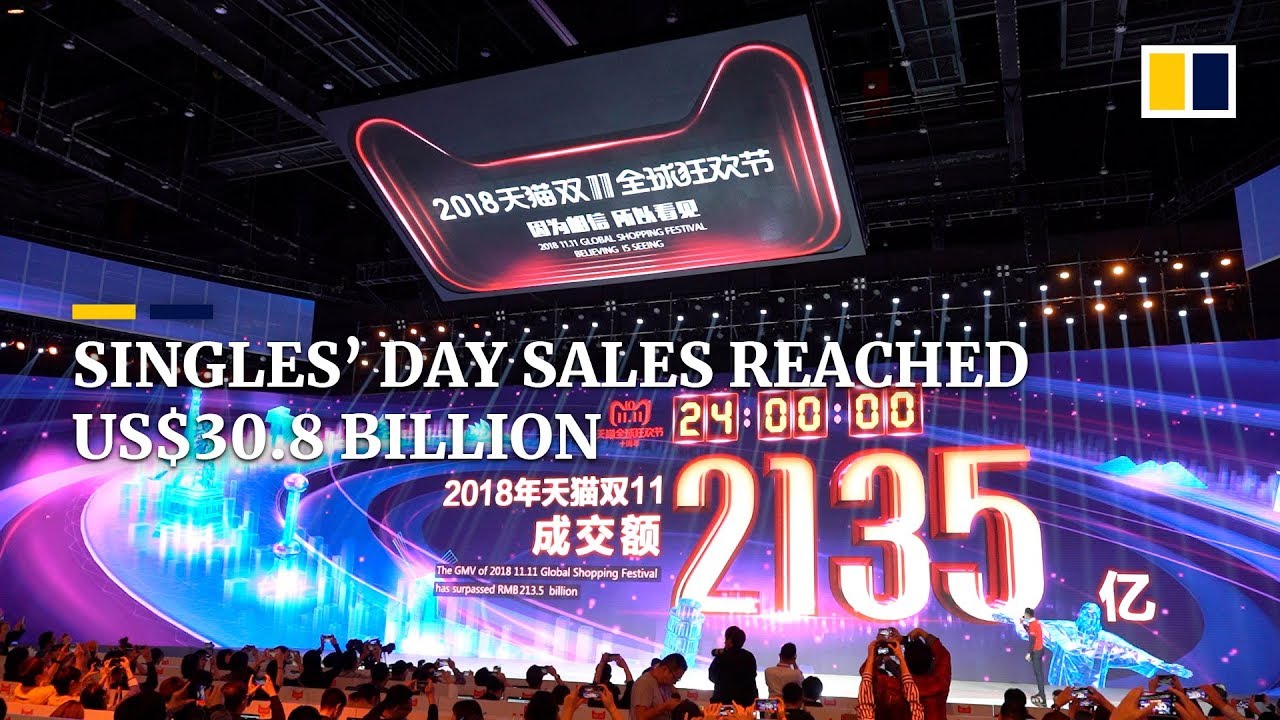 The Singles’ Day sale, also known as the 11.11 Sale, obtained worldwide attention as Alibaba Group announced its achievement of US$30 billion in gross merchandise value (GMV). The e-commerce giant achieved a higher GMV as compared to its previous year at US$25 billion, although it garnered a lower growth rate.

The online shopping festival has gained much attention in Malaysia this year as we saw various e-commerce players promoting attractive and extravagant promotions.

As such, iPrice conducted an analysis to find out how the 11.11 Sale influenced consumer behavior and share insights on how businesses can better prepare themselves for future sale events. 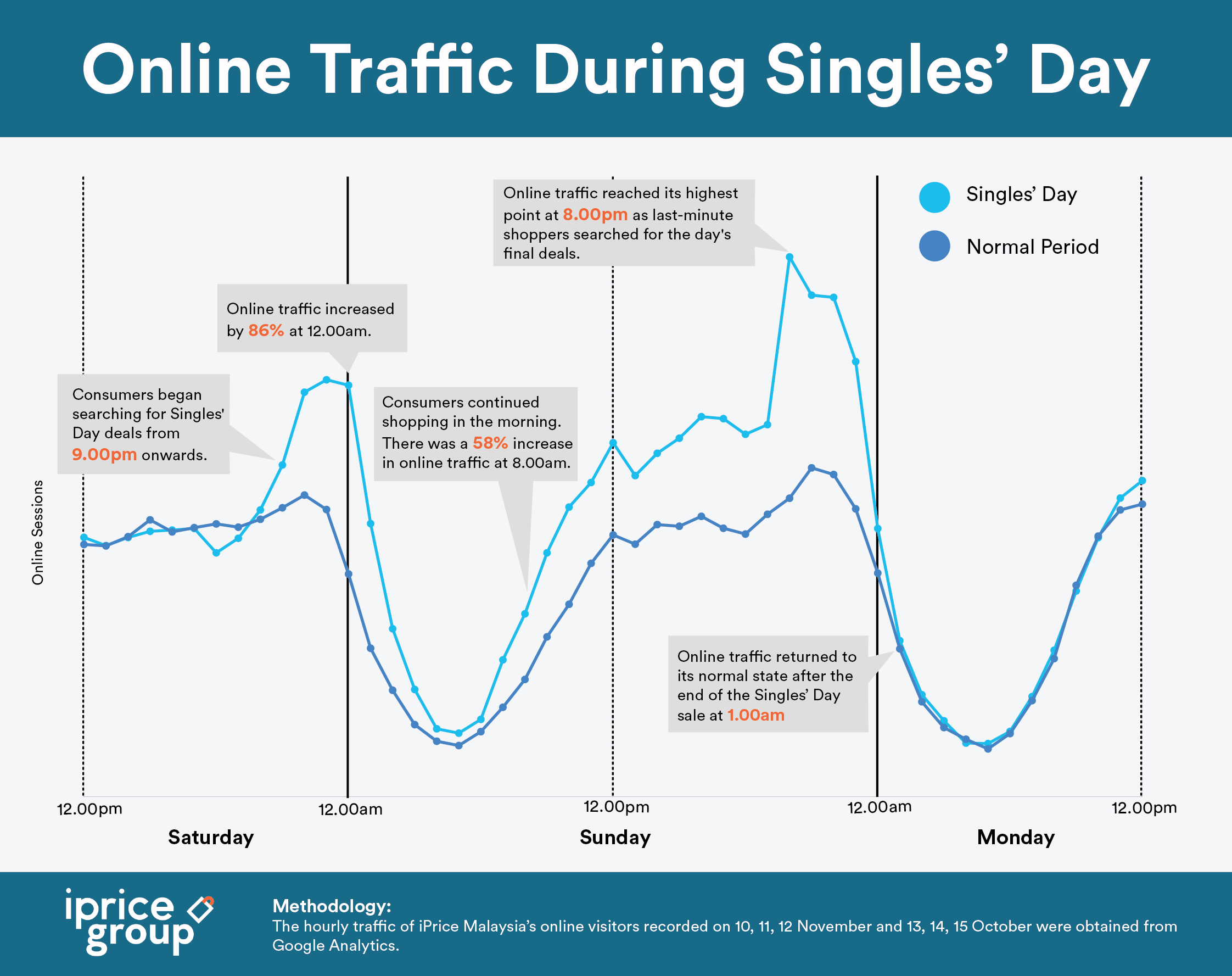 In addition to this, various e-commerce platforms have been encouraging consumers to save their preferred products and deals in their online shopping cart prior to Singles’ Day. As such, this has influenced consumers to shop online much earlier in order to secure their orders.

Similar as the previous year, online traffic grew exponentially at 12.00am on 11 November. Online traffic increased by 86% at midnight when compared to a similar period in the previous month. The big growth in online traffic was evident as major players such as Lazada, Shopee, and 11street experienced issues with its payment gateway from midnight onwards.

According to the whitepaper the State of E-commerce, online traffic during the weekends are usually lower when compared to weekdays. This was not the case for Singles’ Day when online traffic grew exponentially on Sunday, 11 November.

In the morning of the sale day, consumers began searching for deals as early as 8.00am in the morning. Online traffic was significantly higher throughout the day and reached its peak at 8.00pm in the evening. This a unique trend in 2018 because online traffic in the previous year was more stable at 8.00pm.

This trend was probably influenced by the increased number of promotions which were offered at specific timings. For example, merchants such as Lelong and 11street organised live shows or flash deals at the certain time of the day to promote a specific product, category, or brand.

The Most Popular Search Queries with the Keyword 'promotion' 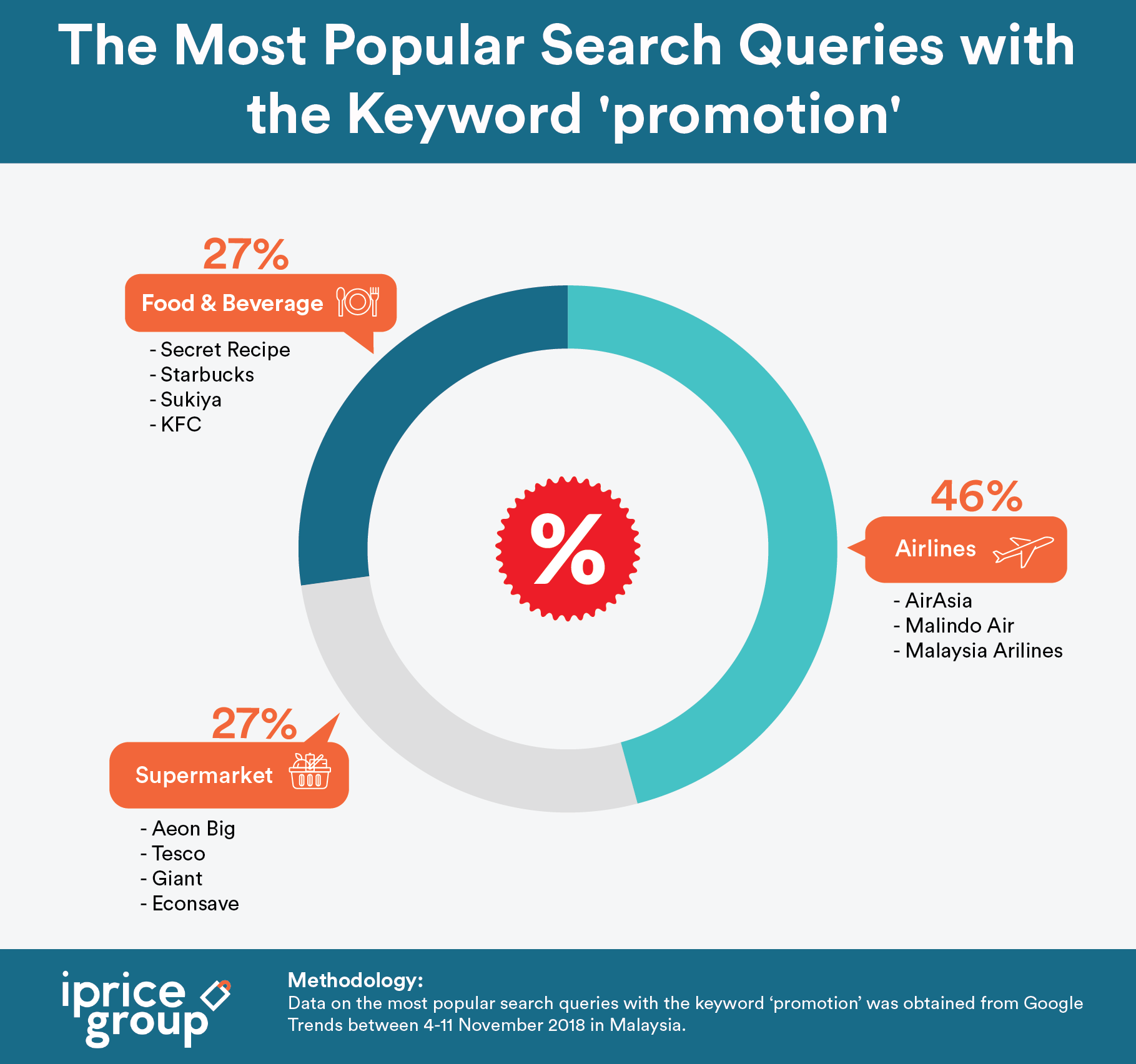 Keywords related to supermarket deals were popular as well such as ‘aeon big’, ‘tesco’, ‘giant’, and ‘econsave’. As for food and beverage deals, consumers were searching for ‘secret recipe’, ‘starbucks’ and ‘sukiya’ and ‘kfc’.

This is an expert article by iPrice Group

10 Tips To Get Your Small Business Off The Ground

Craft Your Recommended Products In The Online Market